If you’ve never heard of Bunchems, they’re small, sticky balls covered with equally sticky, soft spikes that can be molded together to create various shapes and creatures, sort of like clay. If you’re having trouble imagining that, think of a Koosh ball (remember those?) the size of a bouncy ball and with the consistency of those sticky hands that kids love to splat on the walls and windows.

Now, if you’ve ever encountered those sticky hands, you’ll know they stick to and pick up just about everything they encounter. Dirt, grime, hair – you name it, they stick to it. And we won’t even talk about the marks they leave on windows. Knowing that it really should come as no surprise that Bunchems have come under fire because they’re, well, sticky. 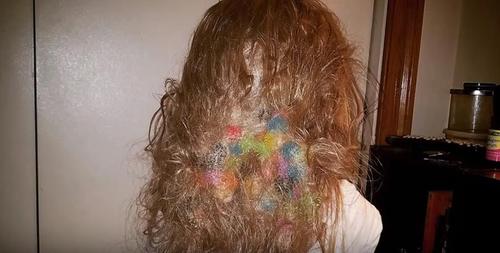 Just after Christmas 2018, one Alaskan mother found that her son, Collin, had jokingly dumped an entire container of Bunchems over his cousin, Scarlett’s head. The box clearly states the product should be kept away from hair, but the problem with mischievous three-year-old cousins (one of them, anyway) is that they can’t read. 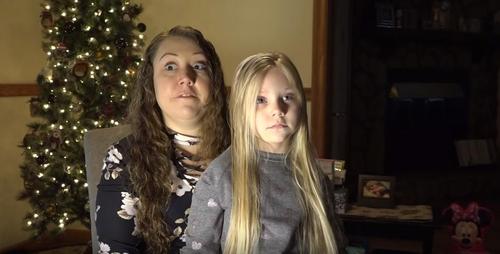 In response, Scarlett shook, attempting to rid the toys from her head. The result? Fifty Bunchems adhered to Scarlett’s once beautiful, long locks and created a rat’s nest so tangled many mothers would have reached for the scissors. 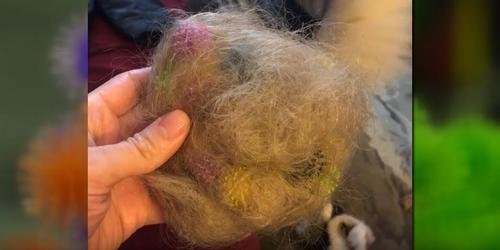 To save the beloved hair – and keep her from a crew-cut – Scarlett’s mother, Jasmine Nikunen, spent the next two days working on de-Bunchems-ing her daughter’s hair. She reported it took twelve-and-a-half hours and three pairs of hands to finally free the toys. She posted on Facebook looking for advice, only to discover that she was not the only mom who’d encountered this very ordeal. 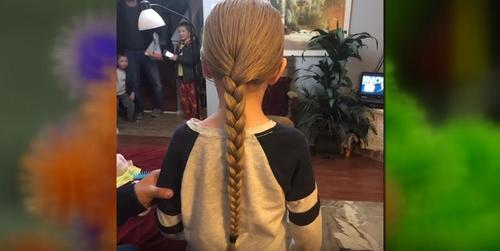 Online reviews and Facebook posts from all over the country have been made by parents and guardians warning others about the hazards of Bunchems. One user even stated she knew to keep the product from hair, but when her daughter fashioned a necklace and put it around her neck, chaos ensued.

The majority of moms reported not even bothering with hours of detangling sprays, olive oils and other products well-known for getting gum out of hair. Those kids are sporting new, shorter haircuts or simply missing a few sections. Check out the video about it right here:

Spread the word: Buyers (and parents of long-haired children) beware! While Bunchems may be a fun, creative outlet for kids, you should watch them carefully as they play, and maybe put their hair up into a tight bun for good measure. Tell us your thoughts and experiences in the comments and spread the word to raise awareness for this topic.